Serbia has almost forty  well preserved fortifications with an interesting history. Due to its location on the crossroads of cultures and many conquests most of the fortufications we can see in Serbia were modified at some point by their new inhabitants in order to adjust for the changing war techniques.

Trained eye will notice these changing influences especially on Kalemegdan, fortress located at the heart of Belgrade, where 115 battles were fought. The beginnings of Kalemegdan can be traced back to Celtic times, when the Celts built Singudunum settlement on a hill. The settlement was soon surrounded by an additional fortification by the Romans, later Kalemegdan was ruled by Byzantine Empire, Hungary, Serbian prince Dragutin, Ottoman Turks, Austro-Hungarian Empire and in 15th century – Serbian Despot Stefan.

Right now Kalemegdan is divided into two parts (higher and lower Kalemegdan). In its walls there is a big park, Belgrade zoo, numerous pitches, tennis courts and a military museum (with many tanks and cannons on display in the Kalemegdan Park). Blegrade BeerFest also takes place in the Lower Kalemegdan area. In the old Turkish bath there is a planetarium. 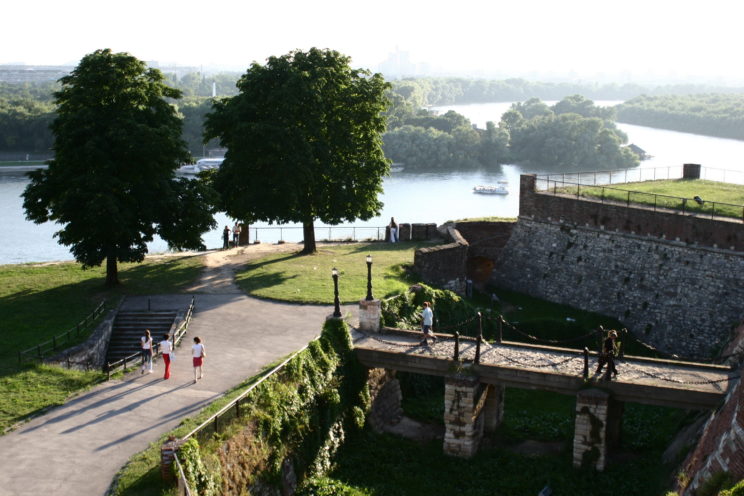 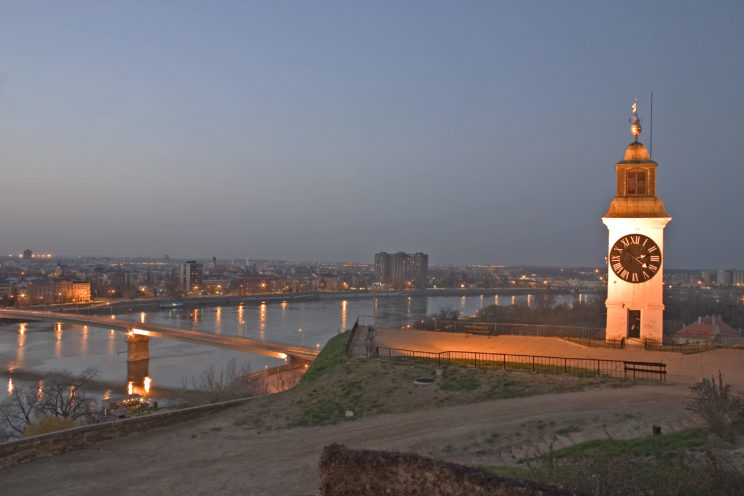 One of the most important monumets of Novi Sad is the Petrovaradin Fortress – raised to protect the city it is now the main attaction in Novi Sad and the seat of Novi Sad Academy of Arts. Known also as the Danube’s Giblartar, Petrovaradin is the second largest fortress of this type in Europe and is considered to be one of the biggest achievements in military architecture of the 18th century. Thick, brick walls are constructed so that they can withstand powerfull firearms attacks, and y0u can find lots of underground corridors, that were used to get to and from the fortress in case of any danger. 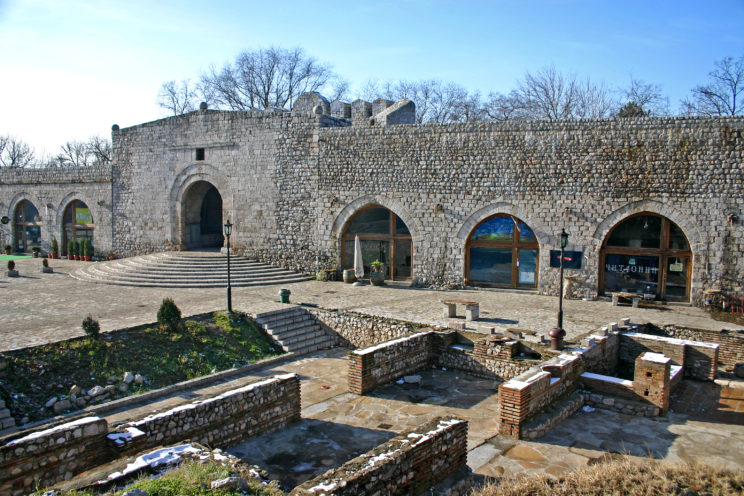 One of the best preserved Turkish Fortresses in the Balkans, built in 1723 on the ground where there were Roman, Bizantine, and finally medieval Serbian cities. The oldest buildings from the Ottoman Empire times are baths from the 15th century.

Today the Niš Fortress is a very lively place, especially during the summer, when the International Nišville Jazz festival takes place on its summer stage. 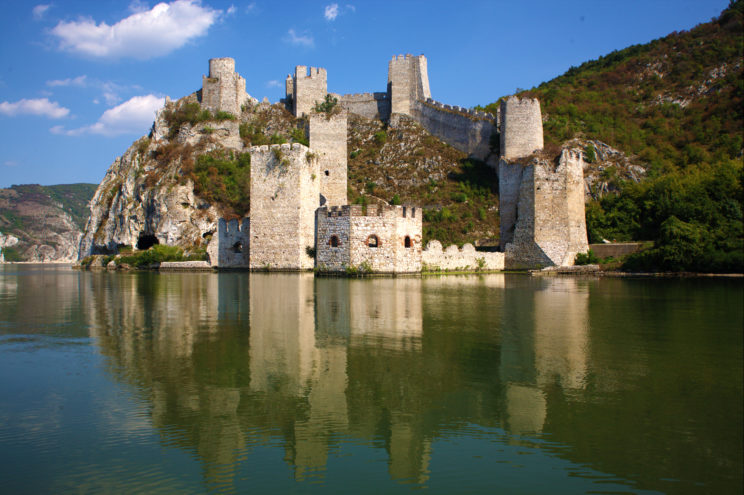 Golubac Fortress is located next to the second biggest canyon in the world (after the Great Canyon of Colorado)  and at the entrance to Đerdap National Park. The Fortress, built on the rock and surrounded by the mountains and Danube River, is truly majestic. The closest city is a few kilometres away, so it’s a very calm place with only one restaurand and hotel in it’s immediate vicinity.

ATTENTION: Golubac Fortress is being renovated now, so it’s not possible to see the interior yet. The renovation should be done by the end of 2017. 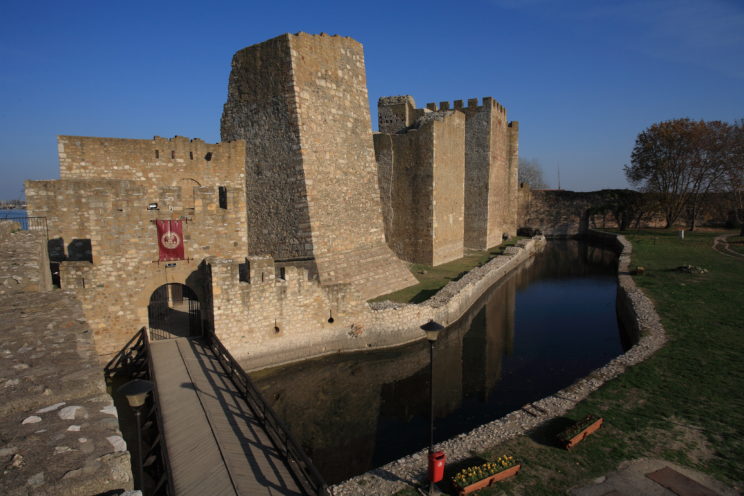 Smederevo Fortress was build by Despot Đurđe Branković as the seat during Turkish conquests. Despite favourable location, thick walls, and 25 towers guarding the fortress, it was conquered by Ottoman Turks in 1459. This conquest is known as the end of medievel Serbia, which was under Turkich reign for the next five centuries. 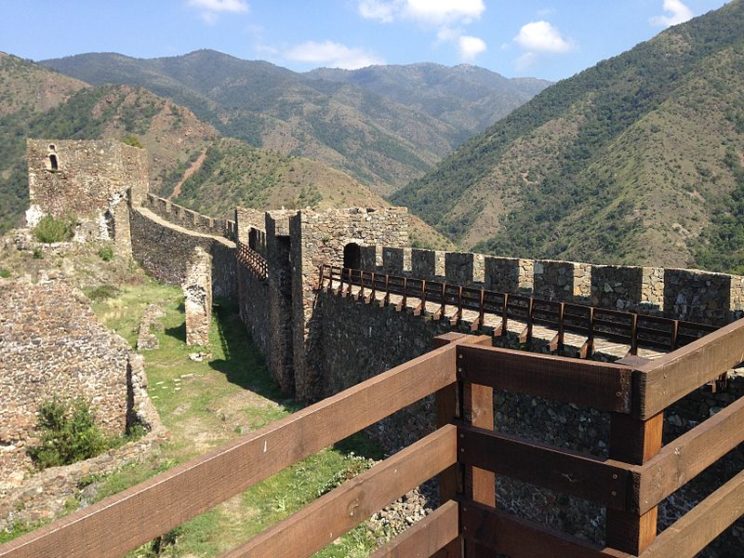 Unlike most other Serbian fortification, this one is located away from the contemporary cities, on top of Ibarski Canyon. Medieval walls, together with seven towers make an amazing impression. Inside there are the remains of St. George’s church, palace, bakery and water reservoir. The fortress is surrounded by beautiful mountains, as it is located in Kopaonik – the winter ski capital of Serbia.

The history of this city is unknown, it was probably built in the 13th century to protect the routs of Old Raska and two important monasteries: Studenica and Žiča. Historians are certain of only about a few moments in the history of the city, such as building new palaces and chambers by Archibishop Danilo II in the XIVth century.